Many aspects are uniformly regulated in Europe, however, hospital hygiene and MRSA prevention, for example, are not. The Netherlands plays a pioneering role in the fight against hospital-acquired infections. The country is an often-cited role model. But can other countries simply adopt the same system? And what makes it so different? MEDICA asked expert Prof. Alexander W. Friedrich. 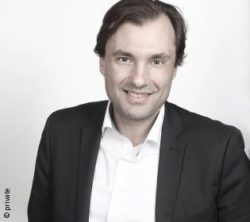 Prof. Friedrich, the way hospital-acquired infections are handled varies greatly within Europe. You work in the Netherlands, which is often cited as a role model in this area. What are you doing that’s different?

Alexander W. Friedrich: It is a multifactorial difference, which results in us having significantly fewer healthcare-associated infections caused by multidrug-resistant bacteria. On the one hand, the Netherlands administers antibiotics for human use less often than other countries do. In addition, we also have a more targeted approach to infection prevention. We know the exact steps we have to take because of a different microbiological diagnostic approach. We implement it so frequently to where we detect pathogens before they are able to turn into a real problem. We identify a carrier and are thus able to prevent the transmission of multidrug-resistant bacteria. This also enables us to detect patients, who – if they become infected – immediately receive the right antibiotic treatment. Meanwhile, other countries often first try out one antibiotic treatment and switch if it doesn’t work. By then, it is too late.

We generally conduct microbiological diagnostic tests more often in the Netherlands, for example, with every routine urine screening that we check, with infected wounds or when patients stay in the intensive care unit. This lets us get a feel for what plays a role in the microworld of the patient. We call this "diagnostic stewardship". We conduct the right diagnostic test at the right time to make a decision either about preventive measures or treatment. This is the crucial difference between the Netherlands and other countries. In the Netherlands, we have doctors of clinical microbiology with their own laboratories in almost every hospital. Meanwhile, in Germany, only 10 percent of hospitals have their own clinical microbiologist with his/her own laboratory. Some hospitals might also have hospital hygienists but they don’t have their own on-site lab that virtually lets you have "eyes for the invisible".

Are there countries that want to follow your example?

Friedrich: The implementation is not exactly easy, which is why many countries are hesitant to do so. One reason is the necessary costs because you have to re-train a whole generation of experts. Here, we currently have 87 acute care hospitals that employ between 250 and 300 clinical microbiology specialists. Germany has approximately 2,000 hospitals but only about 700 medical specialists. It would take quite some time to train a whole new generation of physicians. That’s why the idea is usually abandoned and hospitals try to other approaches. Sweden, Norway, and Denmark have similar standards to the Netherlands but are comparatively small countries in terms of population. The Netherlands is the largest country with this type of set-up, which also makes it quite unique.

The EurSafety Health-Net project, which you manage, is designed to prevent pathogens from becoming a cross-border issue. What is your approach?

Friedrich: The disparity in antibiotic resistance between the Netherlands and its neighboring countries makes health care provision across the border difficult. When a Dutch person goes to a German hospital, he/she is exposed to risk. And when German patients are admitted to a Dutch hospital, they have to go into prophylactic isolation. This is obviously very unpleasant for patients. This is why there are cross-border projects between Germany and the Netherlands as well as Germany and Belgium. Experts, who collaborate in these projects have set up a network of facilities that comprises 117 hospitals and more than 300 nursing homes at this point. Experts include microbiologists, infectious disease specialists, and public health departments. They persuade hospitals and health facilities to adhere to certain rules and regulations on both sides of the border to prevent the spread of pathogens.

If the facilities abide by specific guidelines, they receive the EurSafety quality seal by the Dutch Healthcare Authorities. If a patient comes from a hospital that has obtained one or several of these quality seals, he or she may not have to be isolated under certain conditions.

By travelers pathogens are introduced to various countries automatically. Therefore, a screening should always be carried out when visiting a hospital, in order to prevent spreading, eg MRSA; & Copy; Panthermedia.net/Takahase Segundo

How do you plan to always stay one step ahead of bacteria and viruses?

Friedrich: You need to actively look for pathogens because anyone can be a disease carrier, even if they are not sick yet. If I start my search once somebody is sick, at that point, there will already be 30 additional carriers in some pathogen cases, making things far too late. Let’s take the U.S. for example. They only direct targeted action once the patient has become critically ill thanks to the pathogen. That means in the case of MRSA, you are often already "too late" because everyone else besides the sick patient has already transmitted the bacteria to others. This is why it is extremely difficult to end let alone prevent an outbreak. This is also the reason why the U.S. have one of the highest MRSA infection rates in the world. Taking preventive measures, using resources and conducting studies before someone gets sick is more commonly done in Europe. Here again, it’s the Netherlands and the Scandinavian countries that lead the way. The only reason this is a difficult issue for many people in charge is because prevention means spending money before something actually happens.

Do you think that sooner or later we will reach a point where antibiotics are generally no longer effective, despite our best efforts?

Friedrich: I believe Europe will at least be one of the last places on Earth where this might happen. This is definitely going to become a problem a lot sooner on other continents. But here in Europe, even in terms of all European countries, we are certainly able to keep multidrug resistance at a tolerable level. After all, you have to remember that there won’t be any effective surgeries and no complex medical interventions without antibiotics – we simply need antibiotics. It is unsustainable to just count on the development of new antibiotics because, ultimately, this leads to new types of antibiotic resistance. This is why it continues to be important to emphasize prevention and research on innovative diagnostics and antibiotics.

The interview was conducted by Simone Ernst and translated by Elena O'Meara.
MEDICA-tradefair.com

Read the article about laboratory medicine